'Old Main Village' is the name of this beautiful southern town, that extends along a flat, narrow peninsula stretching into the Libyan Sea.
Corissia Travel Guide Beaches & Seaside Resorts

This beautiful southern town extends along a flat, narrow peninsula stretching into the Libyan Sea. Its name means the "Old Main Village". The long tip of the peninsula is occupied by the ruins of a 13th-century fort, built by the Venetians in 1282. This is a scenic spot where people love to gather, especially to watch the sunset. Thistles, wild thyme and several tamarisks form a wild garden there.

These days, a rather overbearing harbour offers shelter to a few fishing boats and small pleasure cruisers at the tip of the peninsula. The houses of the Gavdiot district stretch out to the east beneath the fortress. Their occupants originate from the largest 'Cretan' isle of Gavdos, which is linked to the mainland at Paleochora and Chora Sfakion by a ferry service. The Gavdiots in Paleochora, however, left their island home generations ago for the better employment opportunities and education available to them on the main island.

The town itself stretches to the south of the fortress. It is served by a main street cutting straight through the village like an arrow. To the west, visitors to Paleochora enjoy a long, broad, sandy beach, with several old tamarisks offering natural shade. To the east, large stone blocks protect the shore from storms, followed by a pebbly gravel beach offering no shade.

With over 2,000 inhabitants, Paleochora is the second-largest settlement on the southern coast of Crete, the largest being Ierapetra in the isolated east of the island. Tourists have been coming here for over 50 years, drawn by the traditional charm of the town, which is especially evident as the evening draws in.

The main street still serves as the social gathering point for visitors and locals alike. It is closed to traffic from about 6 pm onwards, turning it into a place to meet, mingle and converse - but be aware, you will need to set off before 6 pm if you’re planning to drive back to Georgioupolis in the evening! People will sit and socialise at the main crossroads just below the entrance to the fortress until the early hours of the morning, a custom that has long been part of the local people’s daily lives.

Before it was discovered by tourism, agriculture was the main source of income in this region. Tomatoes and spring vegetables are grown in countless greenhouses, warmed by the light of the sun. This is one reason why there’s far more activity throughout the winter in Paleochora than in many other coastal towns in the south of Crete. Sun-starved northerners will be hard pushed to find a better place to spend the winter in all of Crete.

Museum of the Acritans of Europe

The local cultural centre, a former boarding house in the middle of Paleochora, offers a fascinating insight into European culture and history with its excellent exhibition 'The Acritans of Europe' on the top floor. Unfortunately, the exhibition is only open in summer, and opening hours are not rigidly adhered to. Visitors are advised to ring ahead to check opening hours before undertaking the journey.

Opened in 2006, this thematic museum is unique in the world, offering a trans-European approach to heroic sagas and epic tales from the Middle Ages. Its topics range from El Cid, King Arthur and Siegfried, to Roland and his Byzantine equivalent Akritas, as well as their influence on Greek folk art and folk music. Large panels with photographs and text supply extensive information in both Greek and English. Reproductions of icons and illuminated manuscripts are on display, as well as woven pieces and stone reliefs. Folk instruments, saddles, horseshoes and shadow puppets from the folkloric Karagiozis shadow theatre complete the display. 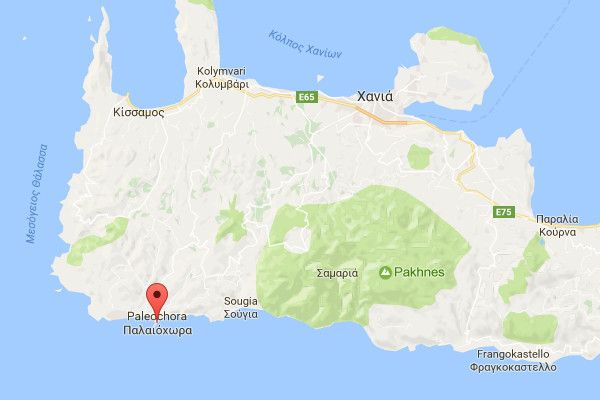 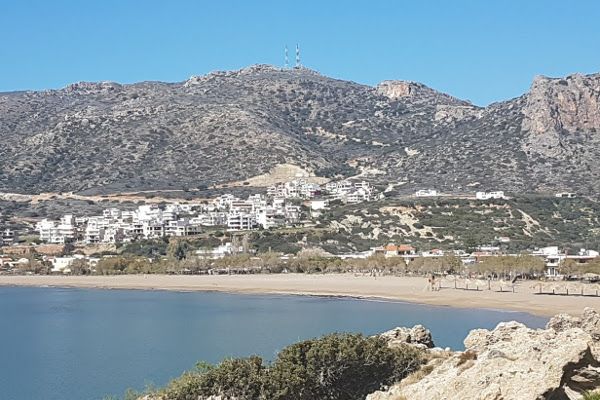