About us
Our history - Our core values

It was on a rainy November afternoon in the early 80s when the 26-year-old bricklayer Sifis urgently addressed his father Giorgis. He was aware that there was no money, but a small plot of land in a nearby fishing village was for sale. There Sifis could perhaps later build a small hotel, but he would have to pay the deposit for the land this very day, otherwise it would be gone. It may sound unimaginable at the moment, but in the future people will travel here to bathe. He's sure of that. „What do you mean, to bathe?!“ Giorgis asked astonished.

Giorgis Tsiledakis, the father, had no idea what a hotel was for. Tourism did not exist at that time. The family lived under humble conditions in Kournas, a small village in the northwest of Crete, where electricity had been installed only a few years ago. In his best years, Giorgis had to serve as a freedom fighter in the mountains of Crete, then survive an ugly civil war and then a military dictatorship. The family had, except for the self-built house in the village and a few dozen olive trees, no other assets and otherwise only very modest financial means.

The men talked to each other. Then they brought the laboriously extracted olive oil of the current harvest, including all the family's olive oil stocks, to the market and sold it. That same evening they paid the deposit for the property, the family's entire stock was barely enough for that. It was the equivalent of 3.000 €. 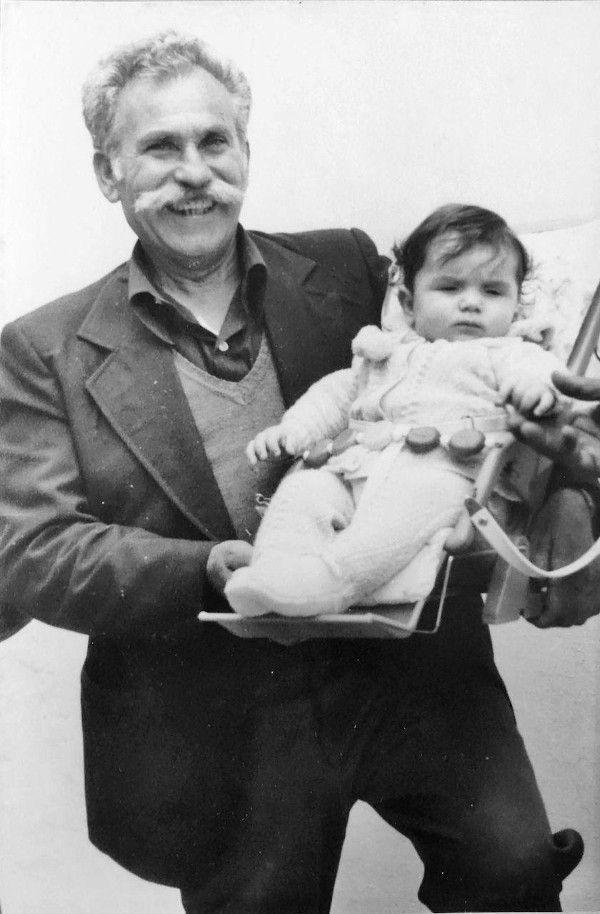 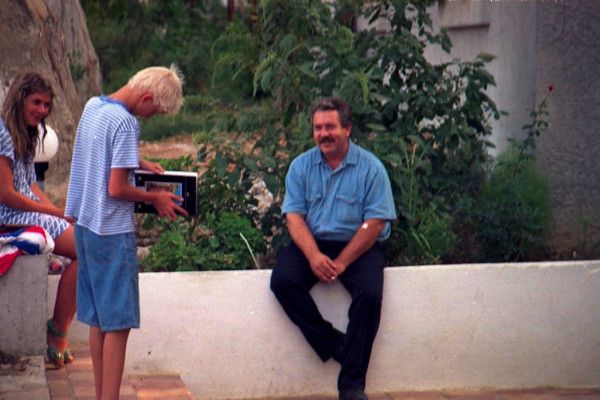 In the following years Sifis expanded as a bricklayer. He founded a small construction company, which mainly built small houses in the surrounding villages. At first he worked only with his father, in the course of time some employees and small machines were acquired. In this way the two men could not only feed the family but also pay off the land and start building the hotel that Sifis had so dreamed of. During the whole time the wives - Katerina and her daughter-in-law Maria - were responsible for the olive harvest, the household and the raising of the children and made an equally important contribution to the family.

Years later - in 1989 - the two men finally finished building the new hotel. At that time the hotel had just 23 rooms. Its name: Corissia Beach Hotel.

At this time the tourism on Crete started slowly. There were indeed people coming to take a bath! Giorgis, who had fully trusted his son's intuition at the time, immediately felt the great responsibility of an authentic Cretan host:

„My son, the people have arrived after all. Don't forget, these are your guests now - not customers, but guests! You must always treat them as if they were guests in our home. Treat them with the same respect as your mother and I have always treated our own guests. It has always been a great honor and an even greater responsibility for us when people have visited our home.“

The Tsiledakis family comes from the village of Kournas at the northeastern foot of the White Mountains of Crete. In the immediate vicinity is the mountain lake of the same name, the only natural freshwater lake in Crete, framed by imposing mountains and romantic olive groves.

The lake was already known to people in ancient times. However, they did not call it Kournas, but noted it in their writings as Lake Corissia, named after the ancient name of the region around the lake: Corion (Corissia: coming from Corion, located in Corion). Historians assume that there was once a temple of Corissia Athena on the shores.

Therefore Sifis gave the Corissia Hotels their name after the ancient Corion, the place of his ancestry.

Sifis and his wife Maria followed their father's advice and managed the Corissia Beach Hotel well. The respectful treatment of their guests in combination with the good, beach-near location of the hotel quickly led to the fact that the guests came again and again and also recommended the hotel to their family and friends. Soon more rooms were built and small plots of land were purchased nearby. They practically raised their 4 children in the hotel.

Today, the Corissia Hotels in Georgioupolis consist of a total of 3 hotel units, which are located next to a beautiful green area - the Corissia Park. The 3rd hotel - the adults only hotel Corissia Harmony - was built in 2016. The other hotels were gradually extended and brought up to date through extensive renovations.

In 2020 the 4th Corissia Hotel - the Adults Only Boutique Hotel Chania Flair by Corissia - will be opened in a very quiet location within the Town of Chania in western Crete. The new hotel is only a few steps away from the fine sandy beach and only a few minutes walk from the dreamy old town with the Venetian harbour.

With the opening of the new hotel in Chania the company of Sifis and Maria will employ over 200 people. Their now grown up children with their own family - Giorgos, Nikos, Katerina and Labros - work at their side and over the years have supported them in all positions - from cleaning to management.

The family business has not only weathered the most severe financial crisis / depression in Greece in the period 2010 - 2018, despite the strictest capital controls and virtually no liquidity support from Greek financial institutions, but it has also achieved an average annual growth rate of 14% and expanded its room capacity by 122%. Currently, it is looking forward to the future with energy and hope.

Our values and principles

Our guests are always the focus of our attention and we always strive to ensure the complete satisfaction of every guest. It is our goal that our guests consider us as friends when they return home. The compact size of our facilities allows us to meet the needs of each guest personally.

One of our greatest priorities is also the conscious and consistent observance of ecological regulations and respect for the unspoiled nature and natural resources of the island of Crete. The associated preservation of the living environment, the health and the quality of life of all of us, guests and locals, is certainly one of the most important prerequisites for a unique holiday.

Here you will find some of the measures, that we as a hotel company have taken and apply on a daily basis in order to make our contribution to nature conservation.

We are very grateful and also a little proud that our guests usually feel the same way and also pass it on. We can see this not only every day on site, but also in the fact that for years now over 60% of the hotel overnight stays per season have been made by satisfied, returning guests. This is record-breaking! We would like to thank our guests from the bottom of our hearts for this trust.

The old man, Giorgis, knew nothing about tourism. However, he intuitively established the basic values of the company from the very beginning: authentic, respectful hospitality, which can be traced back to the basic principles of Greek culture from ancient times.

We see ourselves obliged to continue exactly these values. It would be a great honour and a great responsibility for us if you decide to spend your well-deserved holiday in our premises.

What about Corona? Leave us a message
×

Send us your message. We look forward to hearing from you!

corissia.clever
the clever loyalty program for all regular guests of the Corissia Hotels

Have you ever been in one of the Corissia Hotels and you are not a member yet?

Your participation is free and without any obligation. Do not miss:

50€ Bonus + corissia.points for our regular guests for each reservation through our website